New Delhi: India may have flattened the COVID-19 curve with the strict lockdown, the first data crunching exercise by the government has revealed.

The ministry of health and family welfare on Monday said India went from 100 cases to 1,000 cases in 12 days. In comparison, Covid-19 cases in other developed countries rose between 3,500 and 8,000 in the same time frame.

“These are all developed nations and the population is less than India,” joint secretary (health) Lav Agarwal said. “We have been able to restrict the number of cases because of our social distancing norms followed by the people and the pre-emptive approach of government. But, at the same time, we cannot be complacent and reduce our level of alertness.”

According to the ministry, 92 new cases and four deaths have been reported over the last 24 hours. The government is in the process of identifying hotspots where larger number of cases are being reported. 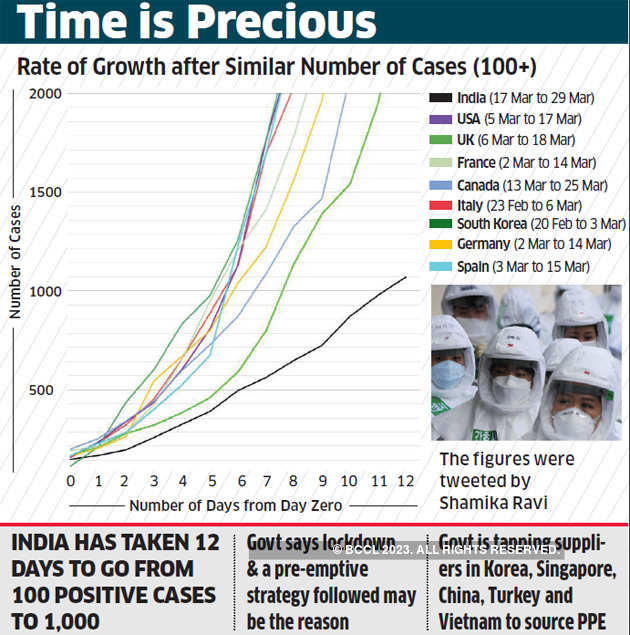 The government has been under severe criticism from healthcare professionals over availability of personal protective equipment. On Monday, the ministry of health and family welfare clarified that extensive efforts were being made to acquire adequate N-95 masks, goggles, overalls and gowns. The government has found suppliers in China, Korea and Singapore to supply various medical equipment.

As of now, 334,000 PPEs are available in various hospitals across the country. About 60,000 PPE kits have already been procured and supplied by the Indian government.

The Indian Red Cross Society has arranged 10,000 PPEs from China, which have also been received and are being distributed. Another 300,000 donated PPE coveralls are to arrive by April 4.

A Singapore-based online platform has been identified, which can supply 1 million PPE kits and an order has been placed through the ministry of external affairs to procure them, the government has said. Another supplier based in Korea, who has tie ups with production companies in Vietnam and Turkey, has been identified with daily production capacity of over 100,000 PPE kits. 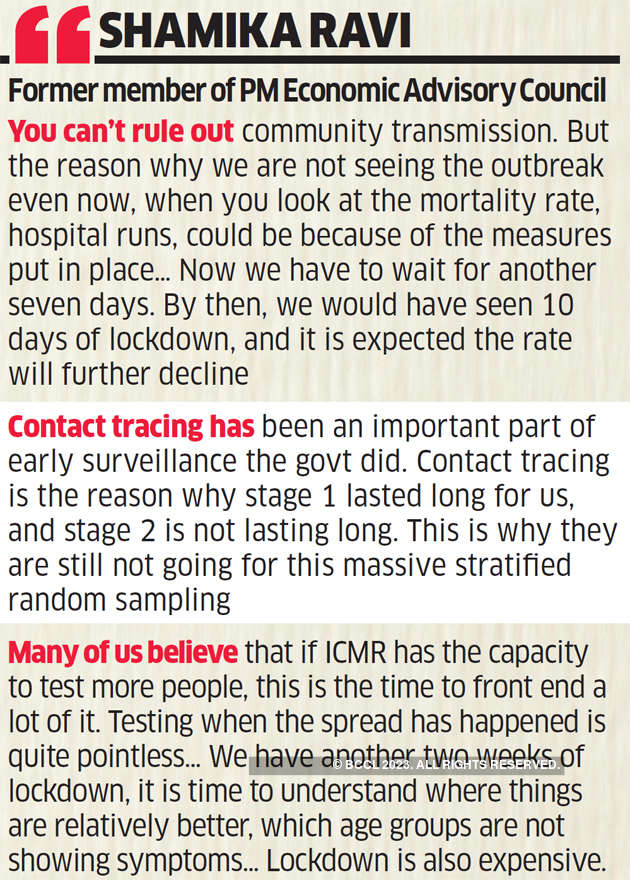 RBI extends moratorium on credit card dues by 3 months: Here’s how it will impact you