Since Yuri Gagarin became the first man to travel to space in 1961, only over 500 people have explored the outer realms of Earth’s atmosphere.

However, one company, The Gateway Foundation, is looking to change that by setting up a hotel right in space in the recent future.

But is this legitimate or is it yet another pipe dream concept project?

Space hotel could house 1,250 guests at a time 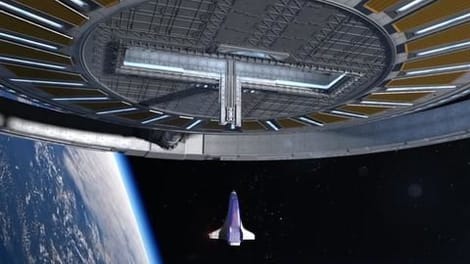 The Gateway Foundation has created a design for the first commercial space hotel, Von Braun Space Station (VBSS), which could house 1,250 guests at a time.

The VBSS, expected to be operational by 2025, is inspired by von Braun’s designs for a space station published back in the 1950s.

The space hotel will feature a 190m-wide rotating wheel which would simulate one-sixth of the Earth’s gravity to enable guests to walk, unlike on the International Space Station.

The hotel will consist of 24 sleeping modules and will host 100 tourists a week.

Described as being similar to a cruise ship, it will feature restaurants, bars, musical concerts, movie screenings, educational seminars, etc.

It’ll be just like going to Disney World: Project director

Meanwhile, Project director Tim Alatorre told Dezeen, “Because the overall costs are still so high most people assume that space tourism will only be available to the super-rich.”

And while Alatorre admits that it’s true, he added, “Eventually, going to space will just be another option people will pick for their vacation, just like going on a cruise or going to Disney World.”

But are we really ready to send non-astronauts into space? Of course, the Earth’s view from your window can only paint a pretty picture for so long.

In space, people are exposed to greater amounts of radiations and space travel takes a toll on one’s bones, muscles, and cardiovascular systems.

Furthermore, with this complex a structure, everything needs to work perfectly or it could mean disaster.